One of the world’s most serious hazards that could destroy construction projects today is fire. To protect against fire hazards, many people purchase fire sprinklers. They are a crucial component of fire protection because they can help put out a fire before it has a chance to spread. Therefore, the first line of defense against fires is usually fire sprinklers. The YouTube video “How Do Fire Sprinklers Know There’s A.

” looks into how fire sprinklers work.

First, the temperature at the sprinkler head increases from 135 to 165 degrees Fahrenheit when a fire develops. As a result, the glycerin-based liquid inside the glass bulb enlarges, shattering the glass. The heat then turns on the fire sprinkler closest to the flames. This triggers the sprinkler head to release pressurized water, which puts out the fire. The sprinkler system’s design determines how much water the sprinkler head releases.

While some fire protection sprinklers selectively turn on the sprinklers nearest to the fire, others are made to turn on every sprinkler in the system. It is crucial to remember that fire sprinklers are not intended to extinguish substantial fires. Instead, they are intended to aid in containing fires until the fire brigade shows up. 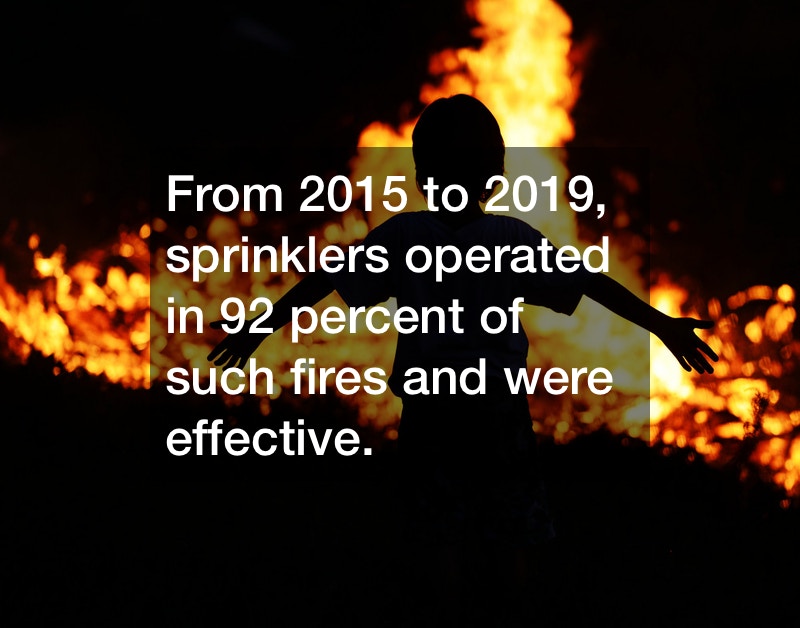